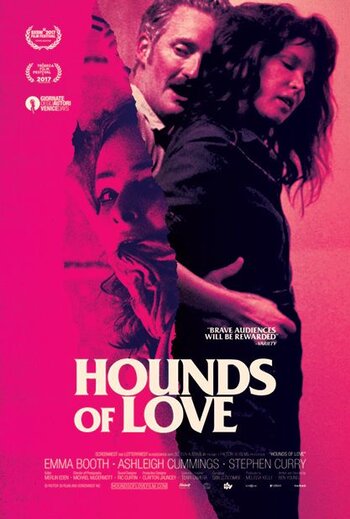 Hounds of Love is a 2016 Australian crime thriller/horror, directed by Ben Young in his directorial debut. Loosely based on real-life crimes, it concerns a teenage girl in suburban, 1980s Perth who finds herself held captive by a pair of serial killers. Knowing they intend to make her their next victim, Vicki must use her wits and drive a wedge between the couple in order to survive. Meanwhile, her family desperately searches for her with no aid from the police.

Not to be confused with the Kate Bush album of the same name, which inspired the film title.