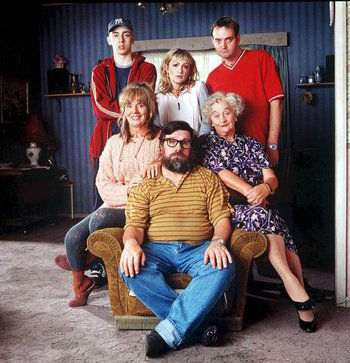 Back row: Antony, Denise, Dave. Front row: Barbara, Jim, Nana
The Royle Family is an award-winning British sitcom. Famously minimalistic, the show almost entirely takes place in the house of the Royle family, usually in the living room in front of the television. The show lacks any form of laughter track and actual gags are rare, most of the humour instead coming from the characters themselves: Jim Royle, cynical and sarcastic couch potato; Barbara, his hard-working and long-suffering wife; Denise, their spoiled and lazy daughter; Antony, their extremely put-upon son; Dave Best, Denise's dim-witted but well-meaning fiancé; Nana, Barbara's talkative elderly mother; and next door neighbours Joe, who's very boring; Mary, who's a bit gone in the head; Cheryl, who's always gaining weight; Darren, Anthony's criminal friend and Twiggy, Jim's criminal friend.
Advertisement:

The show gets most of its laughs through the various characters interactions with each other, often mirroring real English families extremely well. The writers, Craig Cash and Caroline Aherne, also play the couple Dave and Denise.

The show ran for three seasons from 1998-2000. A further five Christmas specials aired between 2006 and 2012. Another special was planned for Christmas 2016, but further episodes have been ruled out following Caroline Aherne's death in July 2016.

Not to be confused with The Royal Family, a short-lived American sitcom starring Redd Foxx.