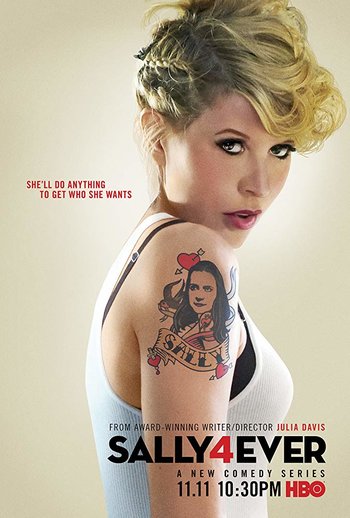 Sally4Ever is a 2018 British comedy series in seven episodes created by and starring Julia Davis. It is co-produced by HBO and Sky Atlantic.

For ten years, Sally (Catherine Shepherd) has lived an extremely dull suburban life with David (Alex Macqueen). But on the night he makes his proposal to her, she has a crisis and embarks on a wild lesbian affair with Emma (Julia Davis), a seductive, charismatic and boho actress and singer. But Emma proves to be quite manipulative and soon sends Sally's life spiralling out of control.