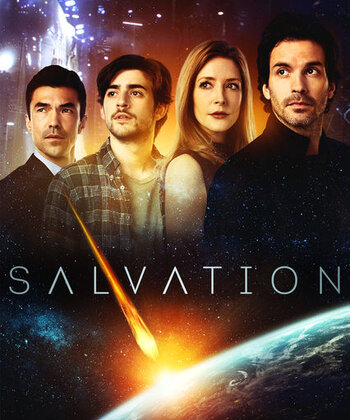 An MIT student named Liam Cole discover that there's an extinction-level asteroid on a collision course with Earth in under a year. After his professor disappears under suspicious circumstances, he goes to tech billionaire Darius Tanz with the discovery. Tanz and Liam approach the US government and discover that the government is already aware of the asteroid and is working on trying to prevent the catastrophe, while keeping the whole thing under wraps in order to avoid a panic. Unwilling to trust humanity's future to the government, Tanz takes Liam under his wing, and they work to try to develop an alternative means to save Earth. Meanwhile, shadowy figures play their own games in the background.

Currently, the original 13-episode run has been completed, with the second season having finished airing in early 2018. However, due to low ratings, CBS cancelled the series in late 2018, leaving it incomplete with a Cliffhanger.