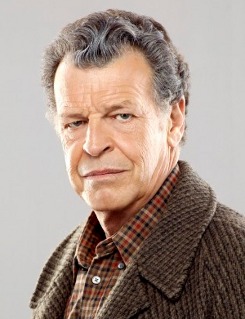 "I love the shit out of John Noble, like y'know, in general. He has a penchant for intense Shakespearean roles..."
— The Nostalgia Chick
Advertisement:

He's perhaps best-known for his roles as Denethor in Peter Jackson's The Lord of the Rings, as Walter Bishop in the American Fox science fiction television series Fringe and as the Scarecrow in Batman: Arkham Knight.

""How many more bones will you crush? How many lives will you destroy in pursuit of what you call justice? You are the product of everything you fear. Violence... Darkness... Helplessness... All that remains is for you to watch as I drag your beloved Gotham into oblivion.... Go now and die in what way seems best for you."