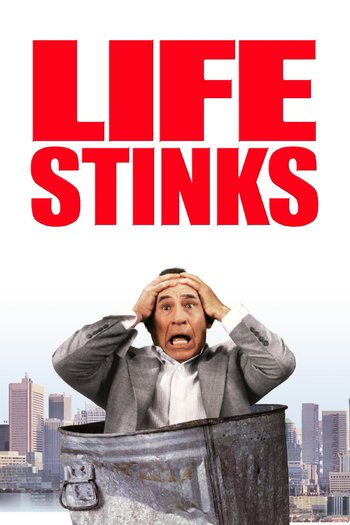 Heartless CEO and real-estate mogul Goddard Bolt (Brooks) buys half a slum to demolish it, but his rival, Vance Crasswell (Tambor), has bought the other half, with similar plans. After discussing their backgrounds, how Bolt was born into money while Crasswell is a self-made man, they decide to settle ownership of the slum with a bet. Bolt says he can survive anywhere, so will be dropped off inside the slums with no cash, no credit cards, and an ankle-tracker that will sound an alarm if he leaves the area for more than thirty seconds. If Bolt can endure a month as a homeless person, he takes all, if he leaves, the land belongs to Crasswell. As a third condition, he can't reveal his identity to anyone in the slum.

On the streets, Bolt, now going by 'Pepto' because he spent his first night sheltering in a box labeled Pepto-Bismol, makes new friends and learns deep meaningful lessons about the human experience, while Crasswell shamelessly cheats at the bet.