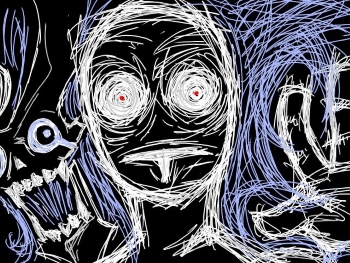 We know the Anti-Spiral is terrifying, but damn...
For such an awesome, funny, and heartwarming show, Tengen Toppa Gurren Lagann has some scenes that are pretty darn scary.