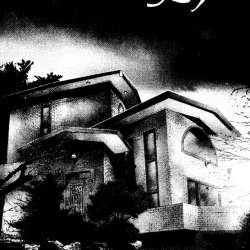 Seven people, one secret, one surivor.
A Korean Manhwa by Ko Ya Sung, Redrum 327 (usually read as three two seven) deals with what happens when what should be a normal weekend getaway rapidly descends into a night of murder, as a dark past comes to haunt our seven protagonists. Worse yet, this is nothing supernatural, but a work of human hands.

The story starts with a somewhat unstable combination of the following seven characters, headed off to a remote holiday house far away fom the city (pictured right).

It received an English translation by Tokyopop and published in three volumes.