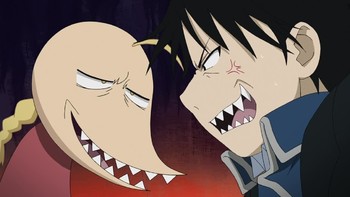 A typical conversation ensues between Col. Mustang and the Fullmetal Alchemist
Advertisement:

For the first anime, see here.