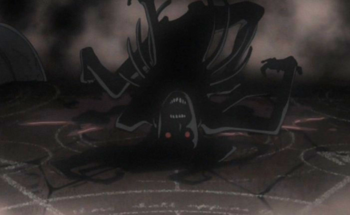 You probably don't want a hug from her.
Advertisement:

This cheerful story focuses on two kids who, respectively, lose an arm and a leg and a whole body while trying to bring back their beloved dead mother (the magnificent result of which is shown on the right).