Literature / The Case of the Toxic Spell Dump 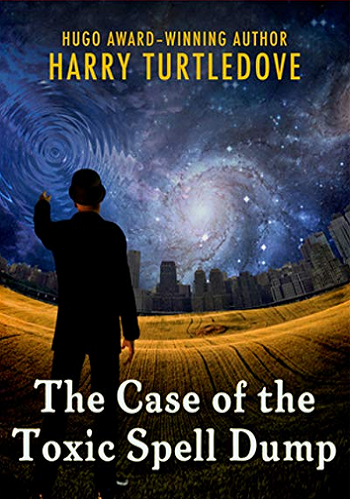 The Case of the Toxic Spell Dump is a fantasy novel by Harry Turtledove.
Advertisement:

The setting is a version of 20th-century America where technology is based on magic. Computing devices are run by micro-imps instead of microchips. The air pollution problem in the biggest cities isn't automobile exhaust, it's lint shed by flying carpets. The Environmental Perfection Agency's jurisdiction includes illegally-imported leprechauns and legendary creatures dying out from lack of belief. Also, it's a World of Pun.

EPA agent David Fisher's investigation into possible leakage from the eponymous industrial waste storage site starts out as a routine day at the office and ends up leading to a major conspiracy.