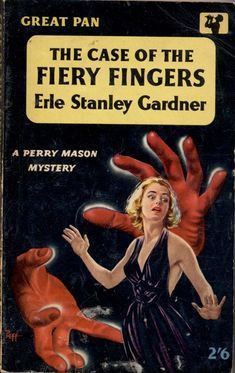 And now, my friends, we examine ''The Case of the Stock Mystery Title''.

Starting the title of your work with the magic words, "The Case of..." is a great way to tell your readers that what they are about to encounter is a mystery or involves mysterious events. This is particularly common in Detective Fiction, where the detective is presumed to have a collection of case files, which some fictional biographer may be sorting through for publication.

One common variant is to interject an adjective before the word "case". This adjective will usually serve to heighten the sense of mystery. Words like "Curious" or "Strange" are common choices.

In detective fiction, the name may also be preceded by the name of the detective: Inspector So-and-so: The Case of the Intriguing Title.

This is also a case of a The X of Y Sub-Trope.

The Case of the Eccentric Examples Opens: