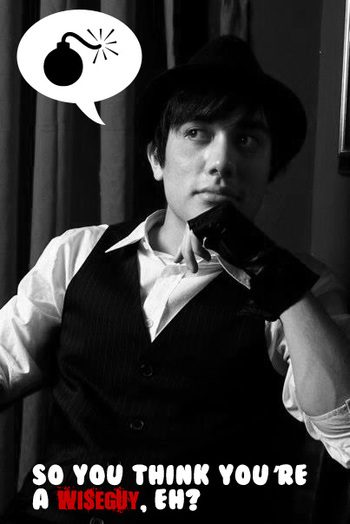 -Teleports behind you- It's nothing personal, kid.

The creator of various web-parodies, such as Pokemon Golder, Lucina Says, and Next Quest. After escaping from the Phillipines, and venturing into the forests of New Jersey, Matt began the arduous task of striking gold twice, with Pokemon Rubyer, and Guild Breakers Plot kinda. He's gotten enough fame to be impersonated on steam, so it bodes a page.

Tropes common to his works: