Literature / Children of the Lamp 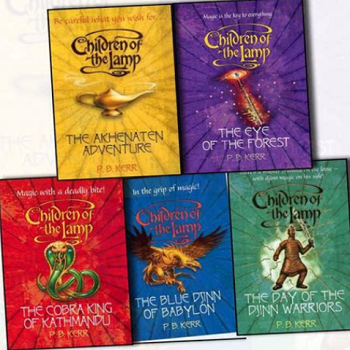 The first five novels.
Children of the Lamp is a series of fantasy novels for senior children as well as adolescents and adults written by the British author P.B. Kerr. It tells the story of twin djinn, or genies, John and Philippa Gaunt, and their challenges with adapting to the world of djinn. The story has a variety of themes, family, adventure, and loyalty being a few.
Advertisement: