Literature / Children of the Black Sun 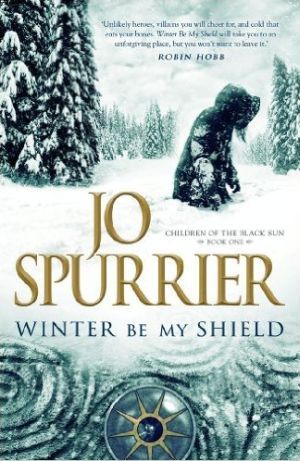 Children of the Black Sun is a trilogy of Fantasy novels Jo Spurrier, published between 2012 and 2014.
Advertisement:

The books are set in Ricalan, a cold, inhospitable country which has complicated internal politics and is currently experiencing a foreign invasion. Sierra, who can draw on other people's pain and convert it into magical energy, has just escaped enslavement by a powerful mage, but has nowhere to go — the mage wants her back for use as a private reservoir of power, her fellow Ricalanis hate magic and won't shelter her, and the foreign invaders see her as threat. She runs across a band led by a fugitive prince whose potential claim to the throne tangles her up in Ricalani domestic politics as well, but also provides her with a few allies. On top of it all, she has to figure out how to actually control her magic, which just about everyone thinks is inherently evil and which there is nobody to teach her about.