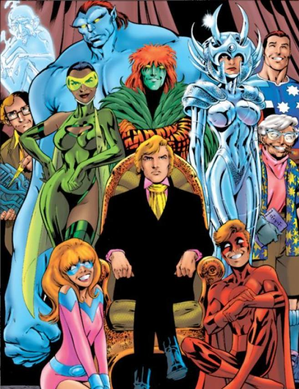 The series focuses on the Destine family, children of the immortal Adam Destine and the genie Elalyth. Their children all have superpowers — some more useful than others — and are extremely long-lived, if not immortal. The story kicks off with two revelations: one, a mysterious enemy is sending dissolvable minions to try to kill the Destines. Two, the youngest members of the family — twelve-year-old twins Rory and Pandora — have developed powers ahead of schedule, and started superhero careers without telling their guardians.

The original series was cancelled after twelve issues (only eight of which remain in continuity). It was succeeded by a five-issue miniseries.