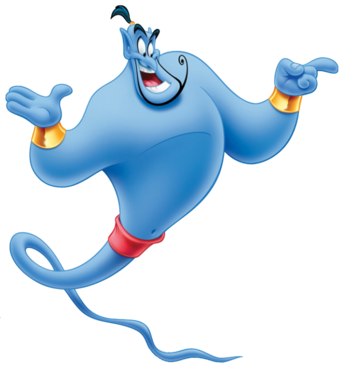 "What would you wish of me: The ever-impressive, the long-contained, the often imitated, but never duplicated...Genie of the Lamp!"
— Genie, introducing himself to the title character in Aladdin
Advertisement:

Tropes pertaining to genies, also called djinn or jinn, which are spiritual beings originating in Arab and Muslim folklore. In Western pop culture, they are usually depicted as powerfully magical beings who are often forced to serve humans by granting any wish or desire they have.