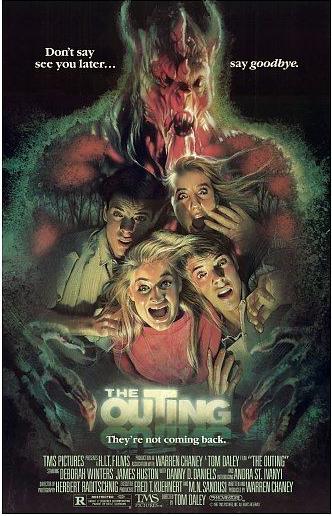 The Outing (aka The Lamp) is a 1987 Slasher Movie, which has a genie from a lamp as its killer.

Three robbers break into an old woman's house, lured in by rumors of her fortune. They set loose a jinn from a lamp which she has been guarding for over 90 years, which kills them. The lamp in question then find its way to a museum, where its inhabitant starts killing teenagers who decided to stay in there after closing hours.