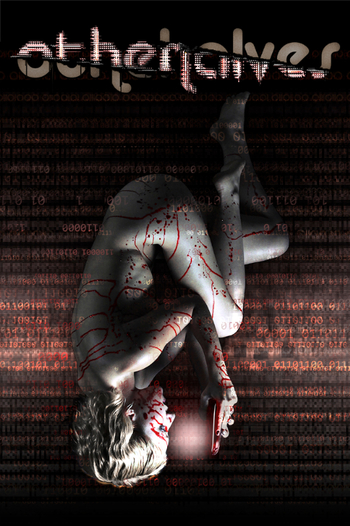 It's a killer app...
"It's not what you say that matters. It's what you do that counts."
— Devon
Advertisement:

Other Halves is a new kind of dating app. Rather than asking the user to fill out a survey of their likes and dislikes, the app examines your internet history and pairs you with someone who has common interest.

Other Halves is a film about the programmers who created the eponymous app: Jasmine (Mercedes Manning), the demanding CEO; Devon (Lauren Lakis), her right-hand woman and team cheerleader; Jana (Melanie Friedrich), the best coder on the team; Beth (Megan Hui), the perky graphic designer; and Shawn, the new guy, still finding his place on the team.

On the night that the app is set to launch, everyone is a little bit stressed. This is only exacerbated by Elle (Lianna Liew), a former partner in the startup who's trying to claim credit for the dating app.

To relieve that stress, Beth's boyfriend Mike (Carson Nicely) arrives with baked goods to share. Everyone settles down for one last push towards releasing the app...

Until people start disappearing. Others black out for hours at a time, then wake up in entirely different places.

The app has a bug. The user loses all self control, sometimes becoming violent, or hyper sexual, or worse. As programmers start dropping like flies while others screw like rabbits, the question becomes: do they shut down the app? After all... evil is profitable.

Other Halves played in several horror film festivals in late 2015, before being released on streaming

Other Halves contains examples of