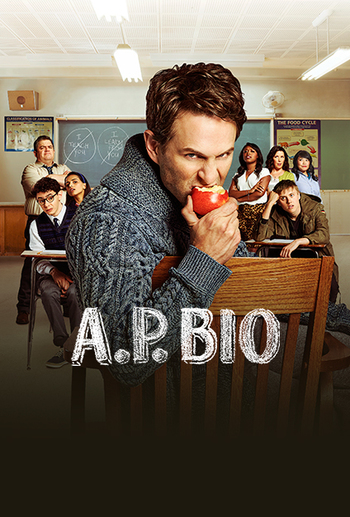 A.P. Bio is a comedy series created by Mike O'Brien. Two seasons aired on NBC, and a revived third season was released on Peacock. A fourth has been ordered.

When Harvard philosophy professor Jack Griffin (played by Glenn Howerton) fails to get his dream job and reluctantly moves back to Toledo, Ohio, to work as a high school Advanced Placement Biology teacher, he makes one thing very clear: he will not be teaching one bit of biology. Instead, realizing he has a room full of honor roll students at his disposal, Jack recruits the kids to help him mentally break his job-stealing nemesis Miles Leonard and win back the position that's rightfully his.