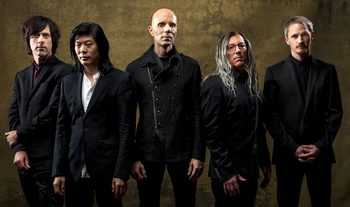 A Perfect Circle is an American Alternative Rock Super Group formed by guitarist Billy Howerdel and tool lead singer Maynard Keenan. It has also seen contribution from people from The Smashing Pumpkins, Nine Inch Nails, Marilyn Manson, and others. Their style is similar to Tool (mostly due to Maynard's vocals) but has its own distinct sound and ranges from heavy rock to more soft-toned songs and instrumentals.

A Perfect Circle has examples of: