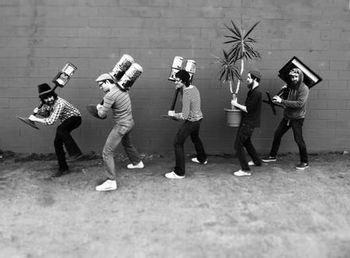 Man Man is an experimental rock band from Philadelphia, now based in Los Angeles, that is known for their multi-instrumental style and energetic live shows. The band's lineup currently consists of Honus Honus (vocals, piano, guitar, etc.) and Pow Pow (drums and other percussion, loops and samples), and multi-instrumentalists Shono Murphy and Brown Sugar.