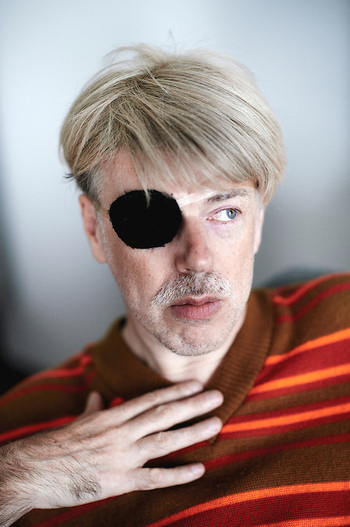 Momus (born Nicholas "Nick" Currie, 11 February 1960) is an... unusual Scottish songwriter and Indie Pop and Synth-Pop musician, active since the early 80s. Momus initially had his start in music in the Post-Punk band The Happy Family, formed in 1981 along with some former members of the Postcard Records Post-Punk band Josef K, which released one album, 1982's The Man On Your Street, before starting a solo career after The Happy Family's 1983 breakup.

In addition to his main career in music, he is also a blogger, author and former journalist, and he's somewhat infamous for dealing with controversial and transgressive themes and concepts in his lyrics.

Momus has had a very prolific output over the years: