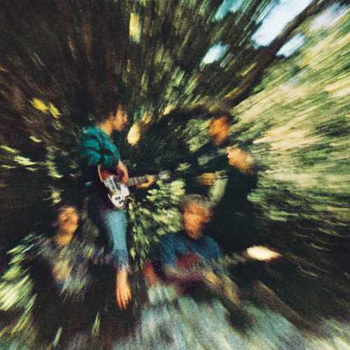 "Born on the Bayou!"
"Left a good job in the city,
Workin' for the man every night and day.
And I never lost one minute of sleepin',
Worryin' 'bout the way things might have been.
Big wheel keep on turnin',
Proud Mary keep on burnin'."
"Proud Mary"
Advertisement:

Bayou Country is the second studio album by rock band Creedence Clearwater Revival, released on January 5, 1969 through Fantasy Records. This is the first of three albums to be released in the year, with recording sessions having begun on October 1968. It was through this album that CCR established a firmer southern rock sound that would help define the band's identity.

Supported by the singles "Proud Mary" - which peaked at #2 in the US Billboard Charts and got notably covered by the likes of Ike & Tina Turner - and "Born on the Bayou".