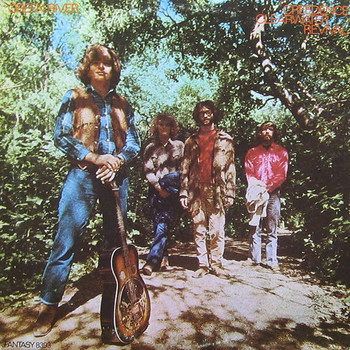 "Pick up a flat rock, skip it across Green River."
"Just about a year ago,
I set out on the road
Seekin' my fame and fortune,
And lookin' for a pot of gold.
Things got bad and things got worse.
I guess you know the tune.
Oh Lord, stuck in Lodi again."
—"Lodi"
Advertisement:

Green River is the third album by Creedence Clearwater Revival, released on August 3, 1969. "Bad Moon Rising" and "Green River" were singles that both peaked at #2 in the Billboard Chartsnote "Bad Moon Rising" did make #1 in the UK charts, with "Lodi" and "Commotion" also receiving radio play.

I see a bad trope rising: