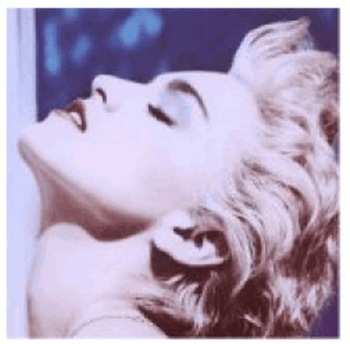 You’re the one I’m dreaming of
Your heart fits me like a glove
I see you on the street, and you walk on by
You make me wanna hang my head down and cry

I've had to work much harder than this
For something I want
Don't try to resist me
"Open Your Heart"
Advertisement:

True Blue is the third studio album recorded by American pop musician Madonna. It was released through Sire Records on June 30, 1986.

It contains the popular hits "Live to Tell", "Papa Don't Preach", "Open Your Heart", and "La Isla Bonita". Its title track, although it also became a hit, unfortunately became Canon Discontinuity with the artist as it was written for her ex-husband Sean Penn.