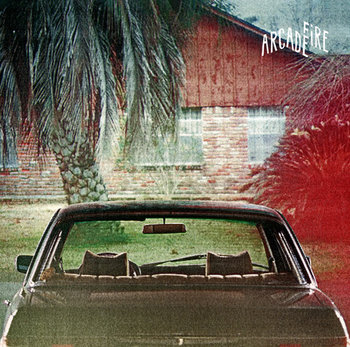 And just when I knew what I wanted to say / A violent wind blew the wires away.
Advertisement:

The Suburbs is the third studio album by Arcade Fire, released in 2010. A Concept Album, leader Win Butler wrote the bulk of the lyrics inspired by memories of growing up in The Woodlands, which is, yes, a suburb of Houston, Texas.

The Suburbs can be seen as the album that really broke Arcade Fire as a globally huge rock act. It debuted at the top of the charts in Canada, The United States, the United Kingdom, and Ireland, and subsequently won the Grammy Award for Album of the Year in 2011.

If tropes were yours, but they're not: