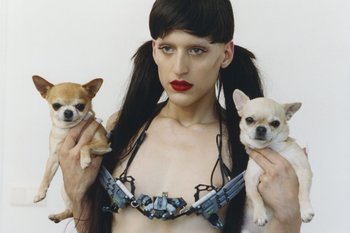 She is known for her futuristic, extremely detailed production (involving, among other things, non-quantized sequencing and microtonal manipulation), and her audiovisual work with filmmaker Jesse Kanda, which is usually very Uncanny Valley-esque and akin to a modern-day equivalent of the Aphex Twin/Chris Cunningham duo.

Her work deals with themes of queer identity and sexual violence while often sidestepping explicit acknowledgement of it through lyrics. Many of her music videos, however, show these themes.

Although she's recognized for her work with other artists, contributing to works from FKA twigs, Björk, Kelela, Frank Ocean, and Kanye West, her solo work is no slouch, either.