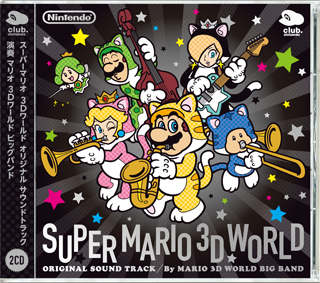 Definitely not the Cats musical you were expecting.
Advertisement:

A common trend for Anime and Video Games that sell their soundtrack commercially. Have the characters of the work itself participating in a jam session, playing instruments, singing or listening to music on the cover.

Usually, the characters will be dressed and playing appropriate instruments to reflect the musical genre featured in the release. Can be considered a form of Go-Karting with Bowser if both heroes and villains alike are featured.

This can also include promotional artwork, like the ones used to advertise a live concert or represent an online music channel, as long as it follows the pattern of characters being musical (plus, said artwork tends to be reused for CD releases anyway). Works that actually focus on music (like Rhythm Games), however, do not count.

A lot of the artwork here can be found somewhere else on TV Tropes, usually in the Awesome Music subpages for those series. Those are frequently a case of No Export for You since the physical media market for music has been on a constant decline in the West for a long time already.