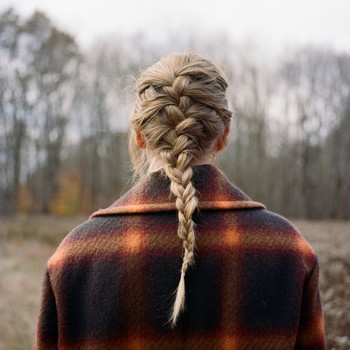 "I had a feeling so peculiar / This pain wouldn't be for evermore."
"To put it plainly, we just couldn’t stop writing songs. To try and put it more poetically, it feels like we were standing on the edge of the folklorian woods and had a choice: to turn and go back or to travel further into the forest of this music. We chose to wander deeper in."
— Taylor Swift's teaser statement in advance of the album

Announced on social media only the morning before, the album was released at midnight on December 11, 2020, fewer than five months after the similarly unexpected folklore.

Swift described it as a "sister record" to folklore, an assertion borne out by the sonic and thematic similarity between the two which contrasts sharply with Swift's usual sound and image reinventions between projects. Like its predecessor, evermore features intricate lyrics, an emphasis on emotional storytelling, Alternative Indie production elements, and contributions from Bon Iver and The National (joined on this record by Haim).

Not to be confused with the Australian pop rock band Evermore.