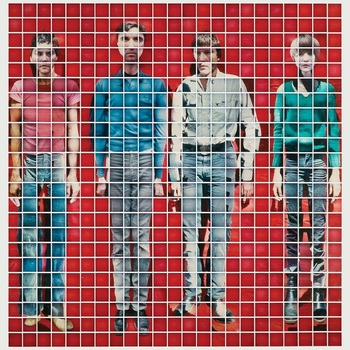 More Songs About Buildings and Food is the seminal second album by Talking Heads, released in 1978. It marked their first of three collaborations with producer Brian Eno, previously a fan of the band; Eno would later collaborate on solo projects with David Byrne. While critical darlings from their CBGB's days, the album was considered a significant step up from their already well-received debut, Talking Heads: 77, and is generally agreed to be the point where the band started to come into their own as musicians.

The album was also their commercial breakthrough with their cover of Al Green's "Take Me to the River" being their first Top 40 hit. The album itself peaked at no. 29 on Billboard's album chart, a vast improvement over 77's chart performance. It was certified gold (sales of over 500,000 copies) in 1983, also the band's first RIAA certification going by release ordernote Speaking in Tongues was certified gold two months before that same year.

Two singles supported the album: "Take Me to the River" and "The Good Thing", the latter of which was released exclusively in the Netherlands. "The Girls Want to Be With the Girls" was also given a promotional release in Italy.