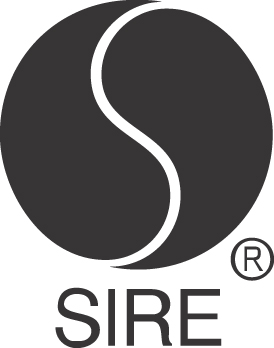 Sire Records, a subsidiary of the Warner Music Group, is one of the music industry's leading Alternative Rock labels.

Founded in 1966 by Seymour Stein (who ran the company until 2018) and Record Producer Richard Gottehrer, Sire's specialty during its first decade was signing British and European Psychedelic Rock and Progressive Rock bands who'd been passed over by other American record companies. The most prominent groups from this era include Renaissance, Focus (who gave the label its first Top 10 hit with "Hocus Pocus") and Climax Blues Band. The company also became noted for its reissue series, "The Vintage Years".

However, Sire's focus started to change when they signed The Ramones in 1976. By 1977, when Sire got a distribution deal with Warner (Bros.) Records (Warner would purchase the label outright a year later), they'd switched their emphasis to Punk Rock, New Wave Music and later Alternative Rock. Their roster came to include Talking Heads, The Pretenders, The Smiths, The Replacements and Ministry; also, a licensing deal with Mute Records gave them rights to Alternative Dance stars Depeche Mode, Yazoo and Erasure (all three of whom were co-founded by songwriter Vince Clarke) in the US and Canada. However, this didn't stop them from signing non-punkers like rapper Ice-T — or Madonna, who soon became Sire's most successful act.

Sire Records performers, past and present, with TV Tropes pages:

Performers that Sire reissued as part of The Vintage Years series:

* Signed in the US and Canada only