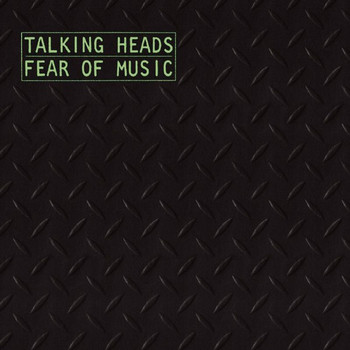 "There's a party in my mind, and I hope it never stops."
Fear of Music is an album where all the discos are closed, the parties are over, bombs are falling from the air, the imagining of heaven has ceased to exist, and the animals are bad examples.
— yerblues, rateyourmusic.com
Advertisement:

Fear of Music is the third album from Talking Heads, released in 1979. It is their second of three albums produced by Brian Eno, and has an unusual recording history, rehearsals and many of the initial recording sessions having taken place at the loft apartment of married band members Tina Weymouth (bass) and Chris Frantz (drums) using The Record Plant's mobile recording truck. The album peaked at number 21 on Billboard's album chart, and was eventually certified gold (sales of over 500,000 copies) by the RIAA.