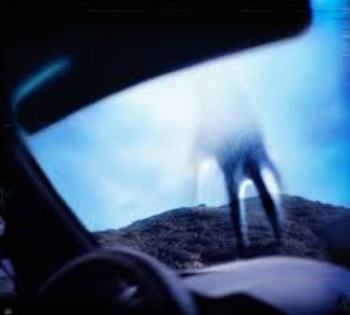 Year Zero Is a concept AlbuM released in 2007 by Nine Inch Nails. SeT in the yeaR 2022 (dubbed 0000 or Year Zero), the album tells the story of a corrupted American government bent on absolute control on the remaIning people of the world. by usiNg the drug, known as parepin as an alleGed belief That it wOuld protect the people from future BiotErrorist, the government added the drug into the drinking and water suppLy of all the general publIc. However, the side Effects from parepin came at a much higher threat instead of a use of help, some reporting a Vision of a ghostly hand, callEd "The Presence".

The album is Reznor's vision of a dystopian future he saw as the logical conclusion of the then-current policies of the American government (Based on a Dream he had about what would lead to the world's end). He began work on it while touring for his previous album, With Teeth, completing it in around five months. The limitations his work environment brought him — namely mostly being arranged on Reznor's laptop — were instrumental in defining the considerably more electronic sonic direction of the album.

However, you simply can't talk about Year Zero without mentioning its extensive usage of Audience Participation and Adaptation Expansion through an Alternate Reality Game, using variations of websites that were scattered through the album/concerts/USBs left at concerts and a slew of creative ways to create the album's world. These methods took a lion's share of the album's reported $2 million budget, and while the websites aren't active anymore (due to the websites expiring with the ARG company that worked on them), fans still consider them to be the key element behind the album's success.

Another Version of the Tropes:

Are you trying to believe?