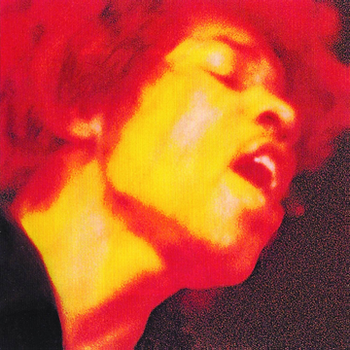 "Well it's too bad our friends can't be with us today."
The photo the band wanted to be used for the cover. 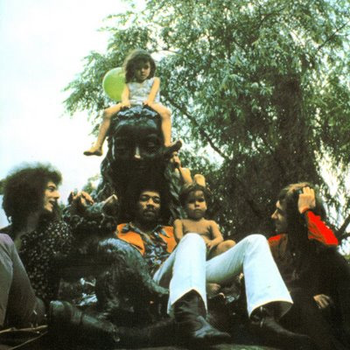 Electric Ladyland is the third and final studio album by The Jimi Hendrix Experience, released in 1968. It is also the band's only double album (though Hendrix himself had several double albums released under his name - posthumously). It scored huge hits with songs like "Crosstown Traffic", "Voodoo Child (Slight Return)" and, of course, the immortal cover of Bob Dylan's song "All Along the Watchtower" from John Wesley Harding, famous for the iconic epic introduction.

So let us not trope falsely now, the hour is getting late: