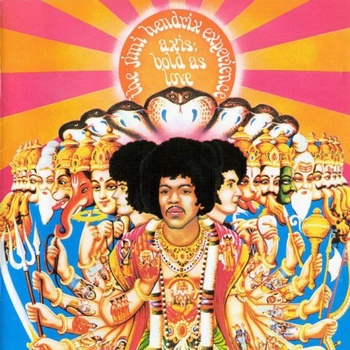 Axis: Bold As Love is the second studio album by The Jimi Hendrix Experience, released in 1967. Surprisingly, this is a Contractual Obligation Project, as the Experience had to release two albums in 1967.

Although a highly popular album and undoubtedly a classic, it is generally held in lesser regard to Are You Experienced and Electric Ladyland, for better or worse. As for the cover art, the band members did not approve.