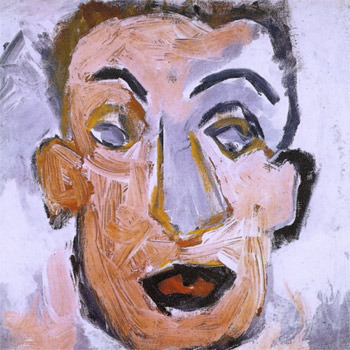 I think that it's best I soon get some rest, and forget my pride.
"What is this shit?"
—Greil Marcus, in the opening line of Rolling Stone's review of this album.
Advertisement:

Self Portrait is the tenth studio album by Bob Dylan, released in 1970. It is Dylan's second double album, featuring mostly cover material. At the time reviews were scathing and people wondered what the hell Dylan was thinking when he released such a mediocre album, devoid of much original material? While most of Dylan's earlier albums had received universal positive receptions this album was marked as his first real dud. Many old time fans didn't like Dylan's shift to Country Music, which had already been lurking on his previous album Nashville Skyline from 1969, but came to full blossom on this record. Several songs were straight covers of traditionals or pop songs without any hint of social commentary. Others were perplexed by laughable joke songs such as "The Mighty Quinn (Quinn The Eskimo)" and wondered whether Dylan was pulling a prank on the audience?

It has been claimed that it was intentionally recorded to be a complete 180-degree turn from Dylan's previous output (or even intentionally sub-par, depending on who you ask) so as to free Dylan from the 'voice of a generation' label — not to mention the assorted hangers-on, parasites and fawning yesmen that insinuated themselves into his life as a result — that Dylan was becoming increasingly bored, annoyed and claustrophobic with.

Nevertheless, despite its status as one of Dylan's worst albums "Self Portrait" was a commercial success and has gotten a cult following in the decades beyond. Especially after the release of The Bootleg Series Vol. 10: Another Self Portrait. Hits and fan favourites include "The Mighty Quinn (Quinn The Eskimo)" and "Wigwam".

All The Tired Tropes: