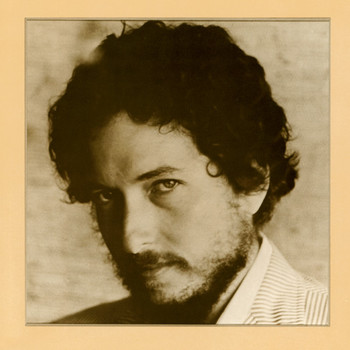 The man in me will hide sometimes to keep from bein’ seen, but that’s just because he doesn’t want to turn into some machine.
Advertisement:

New Morning is the eleventh studio album by Bob Dylan, released in 1970.

Widely viewed as his attempt to Win Back the Crowd after the poor reception of Self Portrait, the album's genesis was a bit more complicated than that. The bulk of it was actually recorded before Self Portrait was released. Dylan had brought Al Kooper, who famously played keyboards on Highway 61 Revisited and Blonde on Blonde, aboard as a musical director, but Dylan seemed unsure which direction he wanted to go on the album. The initial concept was to continue the mix of Cover Versions and originals that he'd done on Self Portrait. The originals included some songs Dylan had written for Archibald MacLeish's Scratch, a stage adaptation of The Devil and Daniel Webster, that were never actually used in the play. He also tried a few different musical approaches, including bringing in George Harrison to play on a few songs (which got left off the album). After Self Portrait's controversial release, Dylan wrote more original songs and the album finally took shape.

His first rock-based album since Blonde on Blonde, it's a much more casual affair, with Dylan singing Silly Love Songs and reflecting on life. Greeted as a return to form on its release, it wound up getting overshadowed by his weightier albums later in The '70s, like Blood on the Tracks and Desire. But it's now generally viewed as a likable, undemanding curio in his catalog. Dylan himself seems to have retained some affection for it, regularly performing several songs from it in concert several decades after its release. The infamous Dylan album from 1974 is made up of some of the Cover Versions he wisely didn't include here. The later The Bootleg Series Vol. 10: Another Self Portrait also featured some outtakes from the album.

It also marked the end of two major professional relationships for Dylan. He formally cut ties with longtime manager Albert Grossman during the sessions, and it was also his last album with Bob Johnston, who'd been his producer since Highway 61 Revisited.