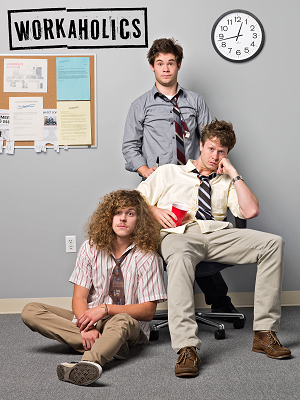 Turns out you DO need a college education in this economy.
Advertisement:

As we all know, a work's title doesn't always give a reliable indication of its contents. In some works which try to make a point, the title deliberately and sarcastically contradicts the work's message. Often, the title will be (part of) a statement by a character who is clearly shown to be wrong (from the creator's perspective, that is — not necessarily from the audience's).

Done well, this serves to ram the point home in a brutal yet funny way (thus making it a lot more likely that the audience will pay attention to, and remember, the message); done poorly, it will only confuse the audience.

For some reason, this crops up particularly often in Protest Songs, in which it may well overlap with Hail to the Thief. Compare Ironic Episode Title (when the contrast between title and content is one of mood rather than message), Isn't It Ironic? (with which this trope often overlaps) and Deceptively Silly Title.