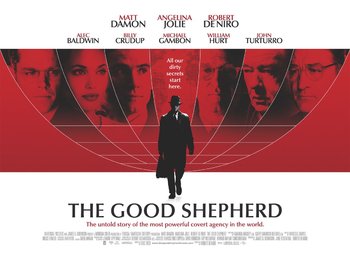 The film chronicles the foundation of the CIA through the life of Edward Wilson (Damon), a fictional spy who participated in its predecessor's activities. Over the course of the film Wilson's dedication to his work is contrasted with his detachment from daily life as he fails at being both a husband and a father.