No Sense of Humor 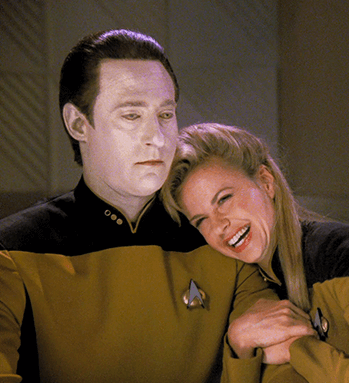 Dorothy Gale: Another one to join us on our journey! And what are you missing?
Batman: A sense of humor.
— LEGO Dimensions
Advertisement:

A character with No Sense of Humor is incapable of enjoying jokes, comedy, or humor of any sort. Maybe the character is The Stoic, or an otherworldly being with no notion of comedy, a literal thinker, or the victim of a traumatizing accident — whatever it is, this person is unwilling (or unable) to respond to humor, tell jokes, or even recognize when something is funny at all.

Some characters with No Sense of Humor maintain their seriousness by sheer force of will. Others might have a conceptual understanding of humor, but simply treat it as an odd curiosity or with a clinical detachment. Oftentimes, such a character is placed in absurd situations to elicit laughs from the audience.

A common characteristic for The Stoic, The Spock, and the Grande Dame.

Arguably a Sub-Trope of No Social Skills depending on the culture. May overlap with Evil Has a Bad Sense of Humor and Sarcasm-Blind. Also see Late to the Punchline, Don't Explain the Joke and Cannot Tell a Joke. Dude, Not Funny! is a completely different trope, but in-universe, one can be confused for the other depending on the character.

Alternative Title(s): No Sense Of Humour