Literature / Brothers of the Snake 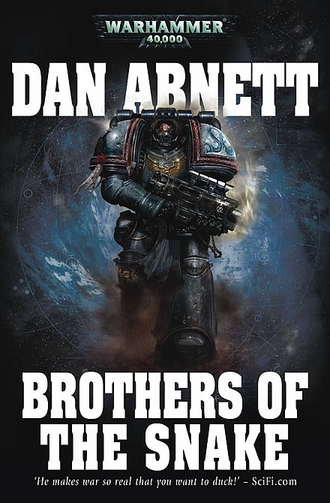 Brothers Of The Snake is a Warhammer 40,000 novel by Dan Abnett, the adventures of Priad, a brother and then sergeant of the Iron Snakes Space Marine chapter.