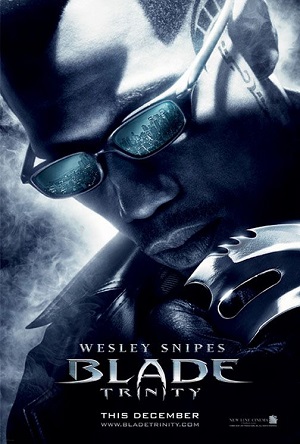 Blade: Trinity is the third and final film in the Blade Trilogy. It was released in 2004.

To defeat Blade and finally make their kind invulnerable, the vampires have awakened the original vampire progenitor Drake to help them. Meanwhile, Blade is joined by a duo of human vampire hunters called the Nightstalkers.