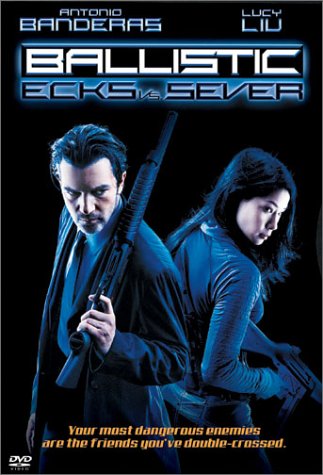 Sever (Liu), a rogue Defense Intelligence Agency (DIA) operative, kidnaps the son of the agency's director, Robert Gant (Gregg Henry). In response, Gant orders A. J. Ross (Ray Park) to rescue him and to take her down. At the same time, the FBI calls in former agent Jeremiah Ecks (Banderas) to investigate a theft committed by Gant and take out Sever as well.

The film also had two game adaptations for the Game Boy Advance, both First-Person Shooters. The first one, simply titled Ecks vs. Sever, was based on an earlier draft of the script. The sequel, carrying the film's full title, follows the story of the film more closely.

Ballistic: Ecks vs. Sever provides examples of the following tropes: