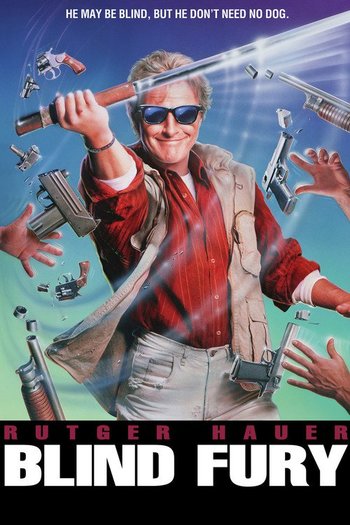 Blind Fury is a 1989 action film written by Charles Robert Carner (of Gymkata fame) and directed by Phillip Noyce. It is a loosely based, modernized version of Zatoichi Challenged, the 17th film in the Japanese Zatoichi film series.

The film stars Rutger Hauer as Nick Parker, a blind, sword-wielding Vietnam War veteran, who returns to the United States and befriends Billy, the son of an old friend. Parker decides to help the boy find his father, who has been kidnapped by a major crime syndicate.