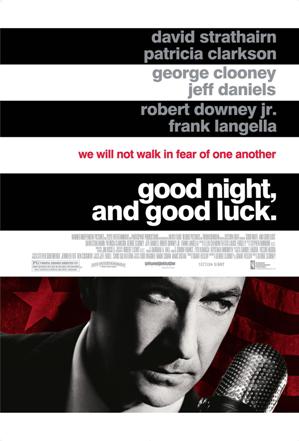 It is a dramatization of the conflict between Senator Joseph McCarthy and broadcaster Edward R. Murrow during the height of The '50s Red Scare in the United States. Notably, no actor actually portrays McCarthy, instead relying entirely on archival footage, giving it an edge of historical accuracy. The themes of the movie focus on the responsibility of television, not just the news, to go beyond just entertainment, and inform and voice dissent.

The film was nominated for six Academy Awards, including Best Picture.