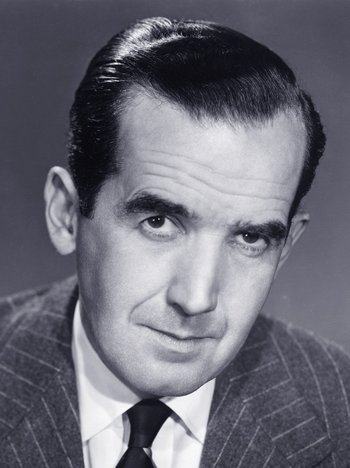 Edward Roscoe Murrow (born Egbert Roscoe Murrow, April 25, 1908 – April 27, 1965) was an American journalist and war correspondent best known for his work in World War II and his work for CBS.

He was married to philanthropist/radio broadcaster Janet Huntington Brewster and they had one child.

The Edward R. Murrow Award is named in his honor for the best in journalism.