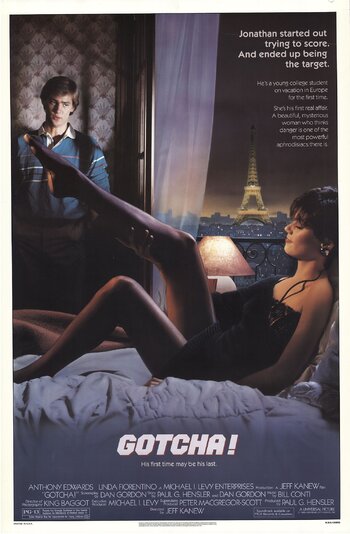 Edwards plays Jonathan Moore, a shy college student and a champion at the campus paintball game "Gotcha", who, while on vacation with his friend in Paris, is seduced by and quickly falls in love with an older woman named Sasha, played by Fiorentino, who turns out to be a spy, the two of them running into trouble in Germany. Once he comes home, he finds a canister of film in his backpack, and finds himself on the run from ruthless KGB agents and playing a real life version of his game.