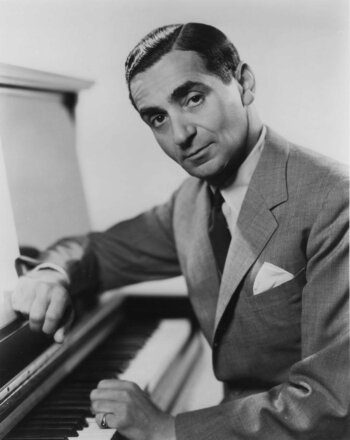 Irving Berlin (born Israel Beilin, May 11, 1888 – September 22, 1989) is, without a doubt, the father of modern American music, and one of the most prolific composers of the early and mid twentieth century. His music has become an integral part of American musical culture. It is almost impossible for anyone alive to have not heard a song he wrote. His songs include "Alexander's Ragtime Band," "Puttin' on the Ritz,"note Taco's 1985 cover made Berlin, then aged 95 years, the oldest songwriter to have a top 5 hit on the Billboard charts during his lifetime. "White Christmas", and "God Bless America."
Advertisement:

This composer is an example of the following tropes: