Literature / A Hero of Our Time 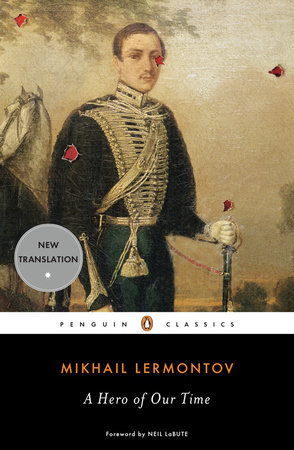 A Hero of Our Time (Russian: "Герой нашего времени") is a classic Russian novel by Mikhail Yuryevich Lermontov, written and revised between 1839 and 1841. Its plot concerns one Grigory Pechorin — a Russian aristocrat, a military officer, and a Byronic Hero — and follows his adventures during his involuntary stay in the Caucasus Region. The novel consists of five parts (plus a Framing Device):

In 1840, Lermontov published a short essay A Caucasian (as in "someone from Caucasus", not "pale-faced"), which is more or less an Origins Episode for Maxim Maximich. Additionally, AHoOT can be seen as a sequel to his unfinished novel Princess Ligovskaya (1838), which also features a Grigory Pechorin (who may or may not be the same character) and is set in St. Petersburg.